With the development of science and technology, Servo Motors are widely used in various machinery fields because of their high precision, high-speed performance, and strong overload resistance. 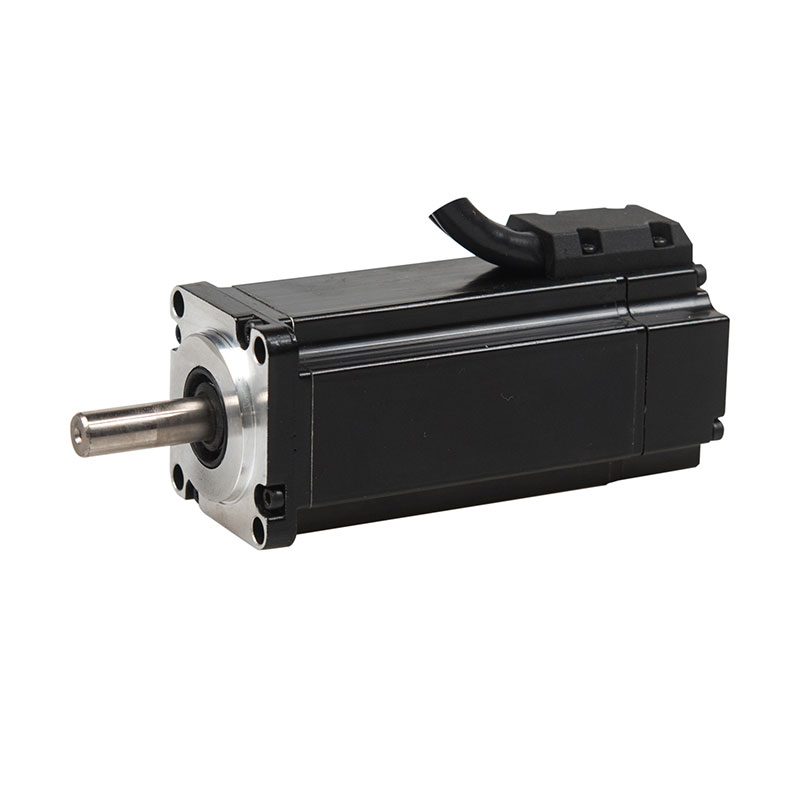 Keeping the Servo Motor running in the best condition, both economically and in time, is crucial for any industrial enterprise, especially those in industries such as robotics or CNC machine tools, because the cost of downtime caused by Servo Motor failure can be very expensive. Next, we will take you through some of the most common Servo Motor failures and an analysis of their potential causes so that you can try to avoid them.

1. Bearings. Bearing failure is one of the most common Servo Motor failures. As the most important wear part in Servo Motors, more than half of Servo Motor failures are usually attributed to bearing problems. The specific performance of various light motor rotation jitter, noise, etc., or cause the motor shaft to jam. It is worth noting that bearing failure, if not dealt with on time, usually also brings secondary damage. For example, bearing corrosion debris flying into the brake or motor encoder causes more serious damage.

Factors that affect the life of motor bearings include the axial load acting on the bearing, radial load, motor speed, operating temperature, and bearing rating parameters. There are many causes of bearing failure. The common ones include.

(5) Overheating (resulting in loss of lubrication);

The winding problem is the second most common fault of the Servo Motor. When the winding fails, a part of the motor will be short-circuited and cause the motor to burn inside. The reasons may be as follows:

Unlike asynchronous motors, the rotor of Servo Motors usually consists of permanent magnets. The permanent magnet magnetic sheet is fixed to the motor's rotor shaft by veneer or embedding so that it may produce faults such as rotor breakage, deformation, or magnetic sheet dislodgement. The possible causes are as follows:

(2) Excessive number of starts or reversals or too short an interval between starts/reversals;

The motor feedback device feeds the position signal back to the drive so that the drive can send a precise current for accurate position control. Multi-turn absolute encoders have the additional function of recording the number of turns. Multiturn absolute encoders with battery backup technology rely on external battery power to record rotor revolution information. However, multiturn encoders with a mechanical gear structure use the Hall principle to record the number of revolutions permanently and without maintenance, but at a relatively high cost.

(1) For the encoder with a backup battery, the zero position may be lost in the process of use as the battery power is depleted, and the battery status should be checked first;

(2) As secondary damage to the motor, as mentioned above bearing failure, the motor bearing problem can also lead to mechanical wear of the encoder or resolver;

(3) Long-term motor shaft currents may act not only on the motor's bearings but also on the encoder's built-in bearings, causing burnout and damage to the encoder bearings;

(4) The shock and vibration during the transportation or installation of the motor can easily cause the glass code disc of the optical encoder to break. Especially when adding key pins, pulleys, or couplings to the motor shaft, the motor shaft must not be knocked;

(5) In addition to the wrong wiring of the encoder, the electromagnetic interference problem caused by improper wiring is also one of the main reasons for the electrical failure of the encoder.

The motor brake is used for braking the motor shaft to prevent rotation when the power is off; when the brake is energized, the brake is released.

(1) foreign body intrusion from the faulty bearing is the main reason for common cause of the brake noise;

(2) Secondly, the brake is forced to operate in a state of power loss due to the failure of the brake drive circuit, which can also damage the brake.

The above is an analysis of some of the faults of Servo Motors and their potential causes. If you need more detailed information, welcome to contact us!

Changzhou Baolong Motor Co., Ltd. is a high-tech enterprise specializing in the development, design, production and marketing of stepper motors.